What is a Specific Learning Disability (SpLD)? 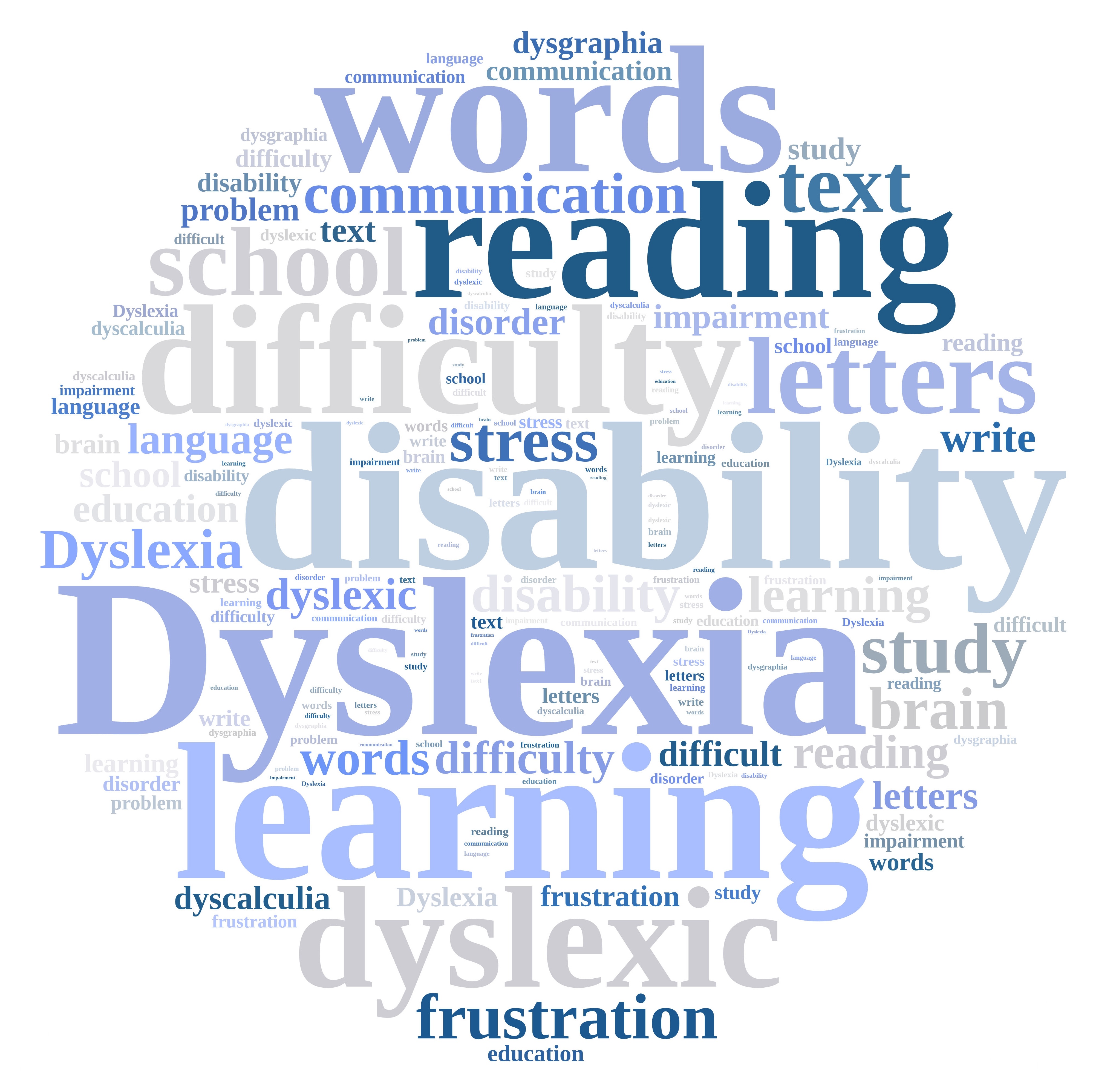 Dyslexia is associated with specific barriers in reading, writing, spelling or comprehension. Dyslexia is the most common SpLD, affecting approximately 80% of people with an SpLD (Lee, 2008; Mather and Wendling, 2012; Kalanje, 2011; International Dyslexia Association, 2012). Because dyslexia is related to literacy skills, it is most evident in educational settings. Students with dyslexia can experience barriers in one or a collection of the below:

Dyscalculia is associated with barriers in understanding numbers and mathematical concepts. Dyscalculia is estimated to occur in up to 3% of the population. For individuals with dyscalculia, it may be difficult to visualize patterns, different parts of a maths problem or identify critical information needed to solve equations and more complex problems. Dyscalculia can affect a person’s ability to think quantitatively, do arithmetic, understand and measure time and space, remember times tables and perform basic calculations.

Dysgraphia is associated with restrictions in handwriting tasks. Dysgraphia can affect skills associated with holding a pen or pencil such as drawing shapes, numbers or letters. Dysgraphia is a neurological disorder that typically appears when using the complex collection of motor and information processing skills involved in the activity of writing. Not only does it require the ability to organize and express ideas in the mind. It also requires the ability to get the muscles in the hands and fingers to form those ideas, letter by letter, on paper. A person with dysgraphia may write their letters in reverse, have trouble recalling how letters are formed, or when to use lower or upper case letters.

A range of terms are applied to SpLDs including learning disabilities, dyslexia, specific learning disorders, language disorders and learning difficulties. Variations in SpLD nomenclature is thought to expound the difficulty in understanding the defining features of an SpLD. In addition, non-diagnostic terms such as reading disorder or learning difficulty do not provide definitive information about processing barriers for students with SpLDs. This can result in inappropriate support for students with SpLDs (Glazzard, 2010; Macdonald, 2009). As a result, generic non-diagnostic labelling of students with SpLDs is discouraged and students are advised to source an SpLD diagnosis to acquire the most detailed understanding of their strengths, weaknesses and processing preferences.

OAO. Academics and Teachers: What is a Specific Learning Disability (SpLD)?: